Where to Place Registration Numbers on a Pontoon Boat

You’ve bought your new pontoon boat, had it registered, and you’re ready to go, right? Wrong, you need to get your registration numbers on your pontoon boat before you get anywhere.

Now the thing is, where you place your boat’s registration number will differ from state to state, but overall, they have reasonably similar rulings. Here’s the answer taken from the Boat Ed website if you were based in Minnesota as an example:

Your pontoon boat registration numbers should be placed on each side of the bow on the forward half of the boat. They must be clearly visible, be in block letters, and be at the least 3-inches high. The registration number colors must be in clear contrast with the background.

And this is where I think a lot of confusion comes from for those new to pontoon boats, because they don’t have traditional bows. In essence, whatever state law you read about placement of your registration number probably isn’t going to make sense.

Here are the best responses with some photos showing you how they did it:

“This is where I put my registration numbers on my pontoon boat. I figured if it wasn’t allowed I’d just move them somewhere else. You can see them easily on the water from a good distance.” 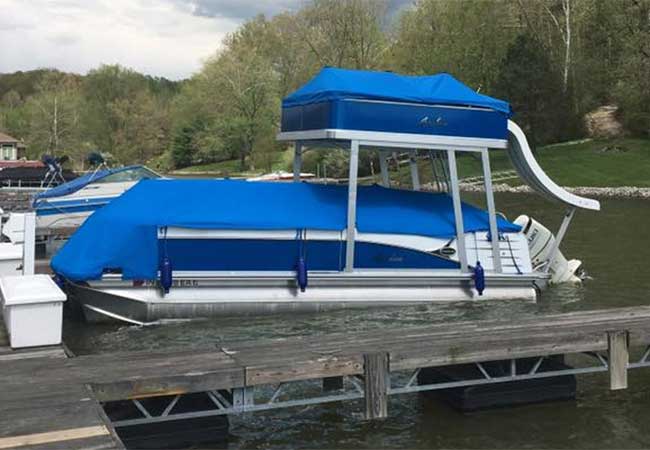 “Your registration numbers have to be visible from a distance. Here in Michigan they are picky so I would say put them on the wall and you should not have any problems then.”

“Check with your local state rules and requirements to see what they say. Each US state is different, and you might find a little variation depending on where you live.”

“I believe that you can put them just above the pontoons. It’s exactly what I do, and my view is that what’s the worst than can happen? All they will do if it’s wrong is ask you to remove it.” 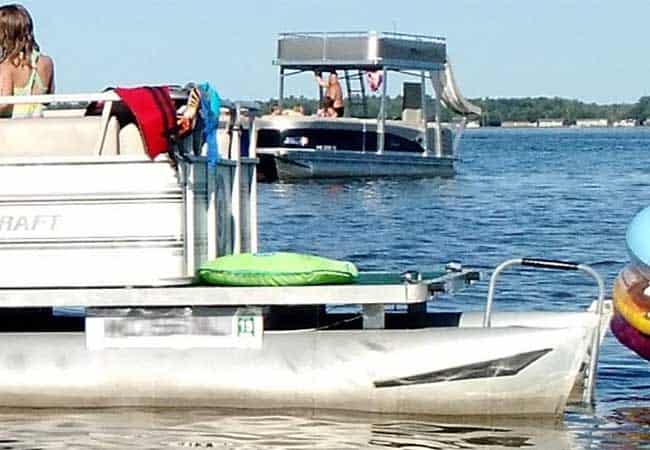 “What did was mounted them onto a piece of cheap plexiglass which I had painted black on the backside. Works for me, never had any issues.” 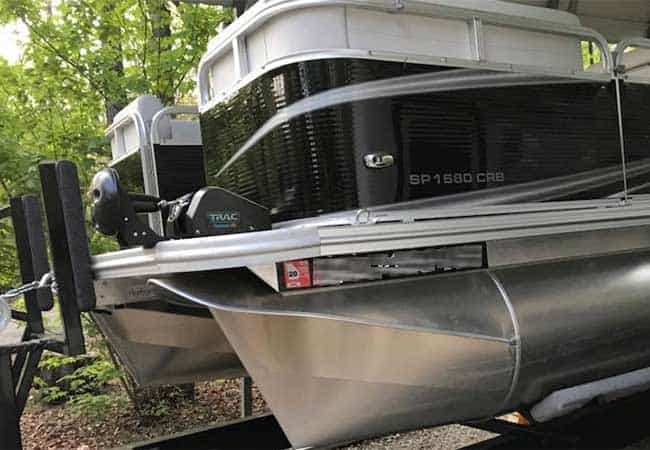 “They must be visible from 50 feet when viewed from the side and forward half of the boat, contrasting color to the hull, 3″ block letters, not including any background. Space or dash between the Prefix (state designator), Numbers, and suffix. ie: AZ 1234 AB. Space width equal to any letter or number, except I or 1.”

I also took a look to see what other questions people ask about the registration numbers on a pontoon boat. Here’s a selection of those with my responses.

Can pontoon boat registration numbers be bubble letters as long as they contrast with the color of the boat? According to the law it says block letters but if my numbers contrast then wouldn’t that be the same as block letters? I am thinking of doing orange outline on the black part of my boat so that the black metallic paint will show through. Just want to make sure it’s legal.

Here’s what the state law will probably say:

But here’s what a lot of other pontoon owners would probably tell you, which I tend to agree with:

“The way I look at it is that as long as they’re legible to read you should be good. I did my registration numbers in a silver metallic with black carbon fiber outline and never had any problems.”

“This is another one of those things where it’s 99% likely that nobody will care, but if somehow you get a grumpy officer then they could ticket you for it. It will probably never happen though to be honest unless you are really unlucky.”

“Be careful by reading the law and maybe even asking a game warden. My pontoon boat came with silver letters like that on a black boat. I was warned by a DNR Officer that they have to be solid. Not wanting to take a chance I switched my numbers to solid silver.”

What’s a good product to get the old registration numbers off your pontoon boat?

For this you can use a heat gun and then a product called Goo Gone. Start off slowly with the heat, as it can be easy to get the process wrong.

If the registration numbers are old and stuck on hard,  use a plastic scraper with heat and scrape chunks off then use the Goo Gone. Let the Goo Gone sit for a few minutes before wiping and then repeating.

You might also be interested in reading my guide to removing decals and stickersfrom a pontoon boat.