Dirty Boat Names… So Offensive & Rude They Should Banned! (With Pics)

Giving your boat an offensive, dirty, sexual, or rude name can come with consequences. Whether that’s getting unwanted attention from the coast guard, being a laughing stock at the local marina, or embarrassing your kids.

But some people simply don’t care. They want to be known for having offensive boat names and revel in the fact. We all know those type of people who simply don’t give a… well, you know what I mean.

In this guide to downright dirty boat names I’ve researched the rudest and most offensive boat monikers I could find online. You might even think that some of them should be banned depending on your disposition to be shocked.

This one is very salty and might leave a nasty taste. Would you dare to call your own boat this name?

Can my boat’s name be banned?

Ultimately though, I don’t believe any of these listed below should be banned boat names. What you want to call your boat is entirely down to you – and in fact, there’s not much legally that you can’t do – with a few exceptions.

Here’s what I read on the US Coast Guard National Vessel Documentation Center website.

“The name may not be identical, actually or phonetically, to any word or words used to solicit assistance at sea; may not contain or be phonetically identical to obscene, indecent, or profane language, or to racial or ethnic epithets.”

Lower down the article I will talk a little bit more how that can impact your naming, and what banned boat names and instances where this has happened. But first up, let’s start with those lists of rude boat names just for laughs. 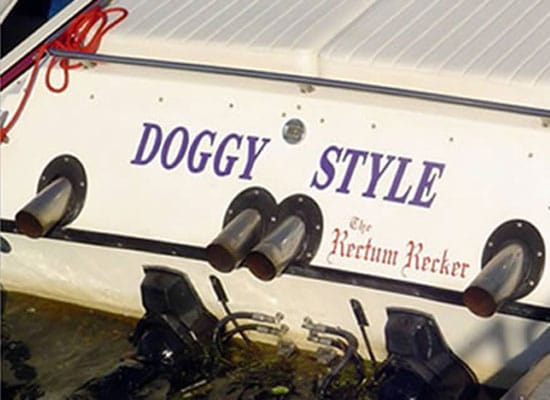 It’s the second part of this name in red that is the most offensive part for sure! 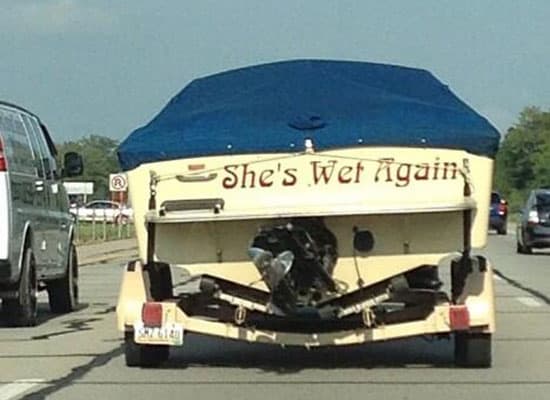 Boat’s get wet don’t they, so reckon you could just about get away with this rude name. 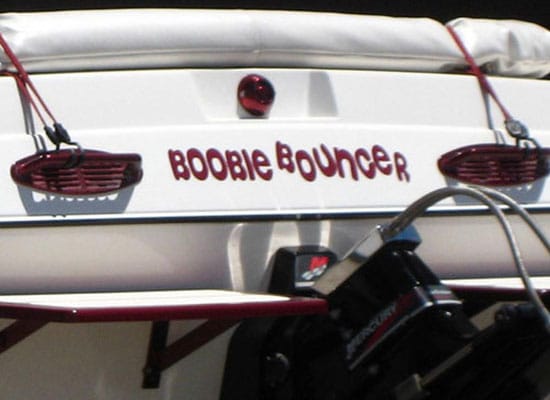 Rude or just funny? More funny I think… I can’t imagine this would offend too many people.

All of the sexual and dirty boat names below are genuine boats that have been seen in the United States waters. And why not? You’ve spent all that money on a boat, so it’s time to get it noticed with something wholly inappropriate and sexually explicit.

If you have a dirty sense of humor, you might also appreciate some of these dirty boat jokes I compiled recently. 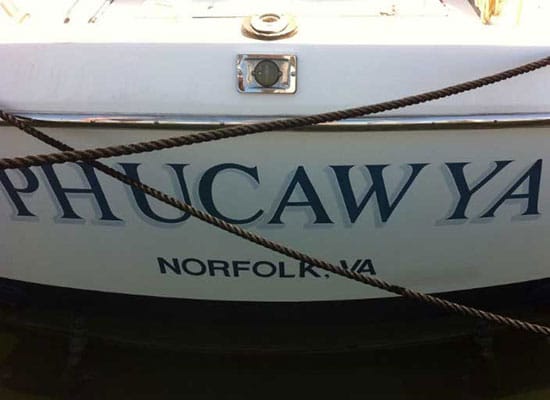 This is one way to make a statement when you first pull into the dock. 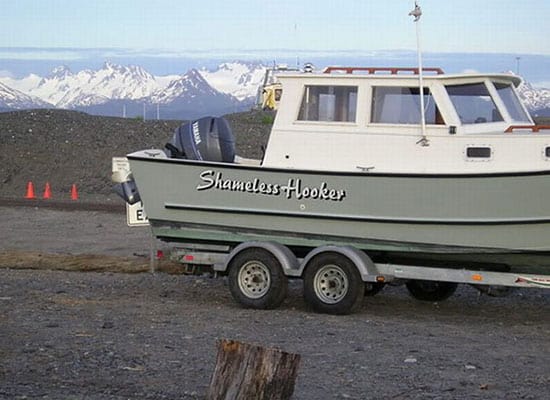 The owner of this boat has absolutely no shame with zero cares given. 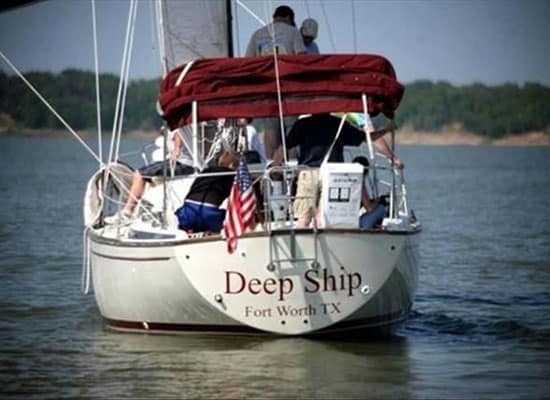 The Texans don’t mind a cuss word here and there – nice play on words!

Those dirty ideas are just the tip of the iceberg. The list below contains highly offensive boat names that are stuck on boats in the country right as we speak. Would you dare to call your boat something like this?

Rude boat names that are funny

And before we get onto the names that could actually be banned, here are some rude boat names that have been cleverly constructed with a pun, or are just a little bit naughty. 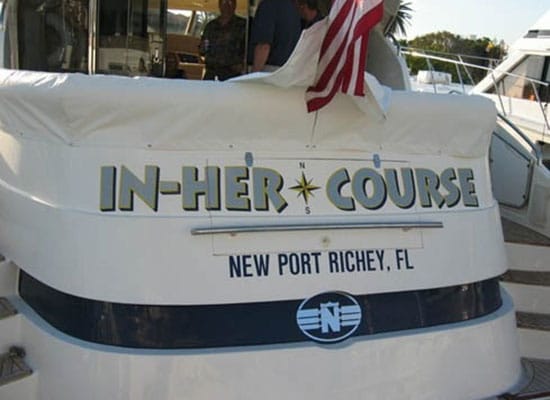 I really don’t know what to say about this name! 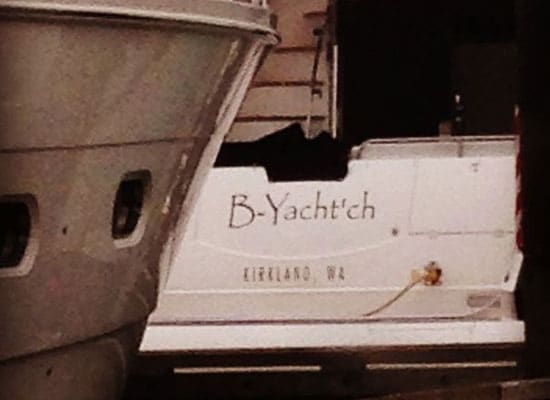 Apparently this boat was purchased straight after a divorce… 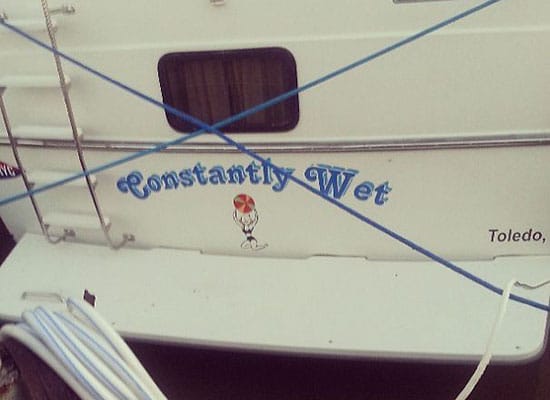 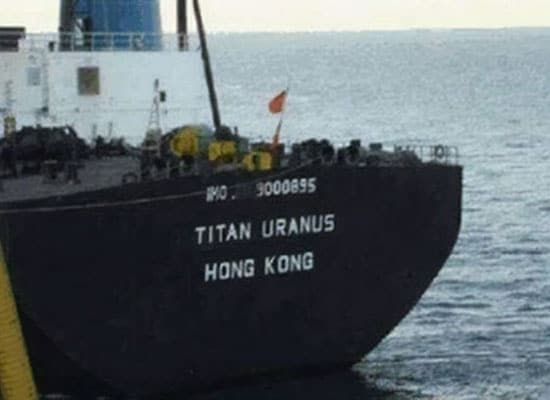 Can you imagine seeing this on the horizon coming towards you? 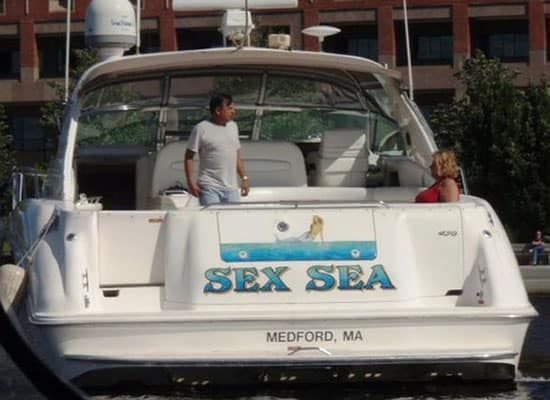 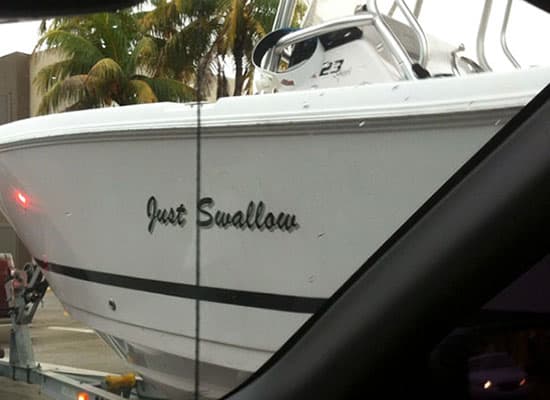 No thanks, I had a drink earlier and I’m fine.

Let’s talk a bit more about banned boat names (here’s a guide you should read), and whether or not there are any cases where you might be banned from using certain names on the water.

From the research I’ve done, it appears that there is no law about what your name your boat particularly, with exception to that guideline found on the US Coast NVDC website.

When it comes to leisure and fishing boats, a boat name is really just a novelty label. What you call it is entirely up to you, but there are some exceptions that you not get away with.

Those would certainly fall into the category of being “identical, actually or phonetically, to any word or words used to solicit assistance at sea”. 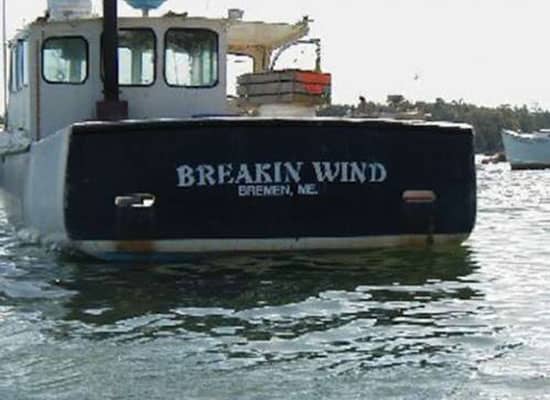 Everyone does it, so yeh, why not?

Which reminds me of a great episode of Friends when Joey and Rachel are out on a yacht. The dialogue goes something like this:

You can see the clip in the video below, it’s priceless!

Boating clubs can ban your boat name if it’s offensive

Aside from the Coast Guard being on your case, you might also find that the yacht or boating clubs that you are will take a dim view of any dirty boat names deemed to be offensive and rude.

Here are a few real-life examples where I heard of this happening:

“About 10 years ago, there was a guy at our club who wanted to name his YW Diamond something possibly offensive. He wanted to name it Cunning Stunts, but the club would not allow it.”

I also found another example from New Zealand:

“My buddy wanted to call his boat Screaming Bitch, but he was rejected out of hand by the Royal New Zealand Yacht Squadron!”

And then this further example a little closer to home regarding the Performance Handicap Racing Fleet (PHRF), the handicapping system for yacht racing in the United States:

“I heard a story, whether true or not, that the PHRF refused to list an entrant in a race where the yacht was called Cucking Funt.”

Tips on naming your boat

If you don’t want to opt for an offensive boat name, and don’t like these rude and dirty ideas, then here are some tips on how you could come up with an original name.

#1: You don’t have to be different

Just because you’ve already seen a boat called the name you also want, don’t be afraid to use it. You don’t have to have a unique name and there are no laws about being the same as another.

Having said that, it might be confusing if a boat in the same dock as you has the same name, but still, it’s not law that you can’t be the same.

If the name has a special meaning to you, then use it.

#2: Simple and short names are best

Shorter names are always better. They are far easier to relay via a distress call, and also mean you should be able to fit all the letters onto your boat.

With a short name, it can be easier to read at a distance as you can use larger letters, and is easier to spell out to the Coast Guard in worst case scenarios.

#3: Don’t use a rude or offensive name

There are some extremely bad taste names on this page, but I’m not a massive fan of them.

Think about how your name might portray you, and how it might come across when heard over a VHF radio.

#4: Get creative with word play and puns

Puns can be clever and can work really well, especially if they mean something personally to you.

As an example, a guy in my local dock called his boat the “Love of My Life” soon after going through a divorce and spending his alimony split on a new pontoon boat.

#5: Decide where to place the name

Placement is also very important and having a shorter name will give you more options on where to put it.

You can have the name placed on the transom, but also on accessories such as life preserver rings, welcome mats, and on your boat trailer. 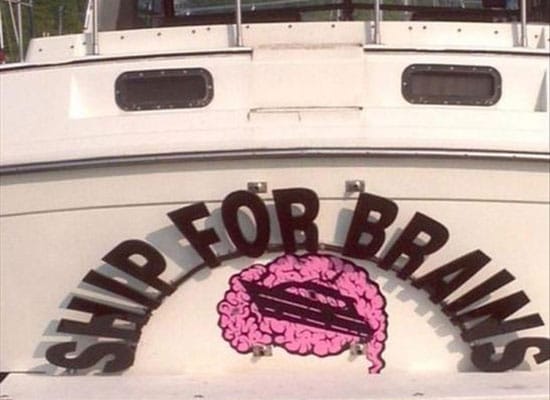 Interesting play on words, not sure about the logo decal though.

And there you have it. You really can name your boat whatever you like (within reason), and many do choose to do so with a dirty, offensive, or rude name.

But good luck with coming up with something completely original. As you can see from the names above, the competition for a really offensive and dirty name is quite fierce!

For further inspiration, you should also check out the following posts on Pontoonopedia about boat naming:

PS: If you have any suggestions on how to expand this list, or also have any stories of how a boat name was banned, please get in touch via social media so I can update these lists.